skip to main | skip to sidebar

"India's Panjab University say they have linked “colony collapse disorder” to cell-phone radiation...
After the three months, the hive with the active phones saw the queen reducing the number of eggs she laid “significantly” — cutting the number laid by more than half — and the bees stopped producing honey. Worker bees regularly stopped returning to the hive as well." - yahoo news
Posted by Mike Mossey at 6:04 AM 1 comment: A team from Warwick Medical School in the U.K. has found that people who maintain healthy vitamin D levels are 43 percent less likely to get heart disease or diabetes!
More at Naturalnews.com
Posted by Mike Mossey at 2:19 PM No comments:

Harry Marsland feared he would lose his sight completely after developing dry age-related macular degeneration (AMD) – a condition responsible for half of all cases of blindness in this country.

AMD had claimed the sight in his right eye and the 73-year-old’s vision had become so bad that he could not get around without the help of his wife. He was even considering learning Braille, fearing that his left eye would follow the same fate.

However, after trying various treatments to no avail, Mr Marsland finally decided to experiment taking a vitamin supplement containing extracts from the orange flowers.

Within months of taking the taking the capsules, which are not available on the NHS, he regained vision in his left eye.

Mr Marsland, from Oundle, Northants, said: “I now know, professionally, that I have recovered almost completely from the effects of the dry AMD in my left eye. I am the first person to have such good fortune.

“I have recovered 95 per cent of the sight in my left eye which is miraculous, considering that at one point I was literally blind in the dark."

Posted by Mike Mossey at 5:00 PM No comments: 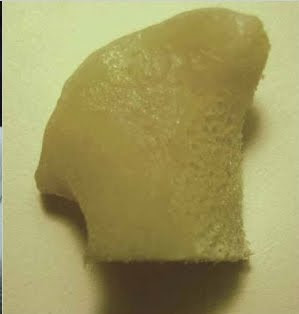 Gordana Vunjak-Novakovic, a professor of biomedical engineering at Columbia University, has solved how to grow new bones in the anatomical shape of the original. He and his team converted bone material scaffolding into living tissue by placing it in a similar-shaped chamber, and added human stem cells extracted from bone marrow or liposuctioned fat. The bioreactor chamber then fed oxygen, growth hormones, and nutrients to the bone.

Another team at the University of Michigan plans to recreate jaw bones within the human body itself.

More info at New York Times Article: Replacement Bones, Grown to Order in the Lab
Posted by Mike Mossey at 1:50 PM No comments:

Beware - Aspartame Has Been Renamed 'AminoSweet'

And is now being marketed as a 'natural' sweetener!

Over the years I have documented the dangers of ingesting Aspartame.
This is just another attempt to extend the life of their poison market a bit longer.
The company's website is full of grossly misleading information.
Beware of products with ingredients that list AminoSweet.
It is NOT like sugar. It is poison.
Posted by Mike Mossey at 9:52 AM No comments: 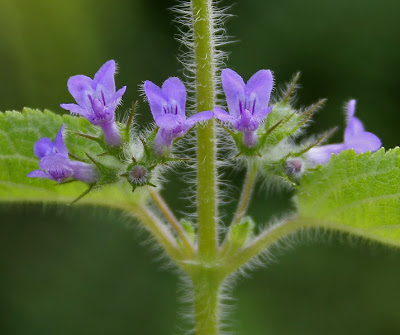 A research team from Newcastle University has just published a study on the pain relieving qualities of the Brazilian mint – Hyptis crenata.
Although new to the scientific world, the use of Hyptis crenata has been used by traditional Brazilian healers for thousands of years, not just for general pain relief but for fevers and influenza too.
The team went to Brazil to carry out the survey to find out how the medicine is typically prepared and how much should be consumed. They found that when the mint was given at a dose similar to that prescribed by traditional healers, the medicine was as effective at relieving pain as the synthetic aspirin-style drug called Indometacin.
Posted by Mike Mossey at 8:45 PM No comments:

Mercury Found in All Fish Tested!!!

"When government scientists went looking for mercury contamination in fish in 291 streams around the nation, they found it in every fish they tested, the Interior Department said, even in isolated rural waterways...A quarter of the fish studied had mercury levels above safety levels set by the Environmental Protection Agency..."
source - The New York Times
Posted by Mike Mossey at 8:13 PM No comments: